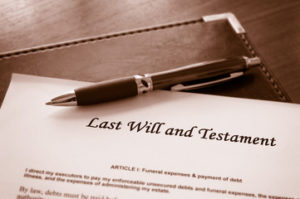 WILLS
The properties of a deceased individual are to be dealt with in a manner consistent with how the deceased might have dealt with same if he were alive.

The intent and wishes of a deceased person, with regards to how his possession is dealt with is usually dictated in the Will.

The issue for illumination is: What happens if a person dies without writing a Will?

The consequence of failure to execute a will depends on what type of marriage the deceased conducted while alive.

Where a man was married under the Act (which could be in court or in a licensed church) when he was alive, his properties will be administered based on English laws, now contained in the Administration of Estate Law of several states in Nigeria.

For a marriage under the Act, the rule is that the deceased’s properties become those of his/her spouse, children, and other dependents at his/her death. This means that a person’s surviving spouse and children are in good standing to inherit properties.

They can do this by applying to the court for letter of administration.

Where the person is not survived by a spouse or any child, the letter of administration can be sought and granted to the Father or mother or siblings of the deceased.

Under Islamic law, a deceased person’s properties are shared among all his children. The male children have equal shares while the female children are given half of whatever a male child is given.

Under customary law, a man’s properties are shared based on the prevailing custom of his society.