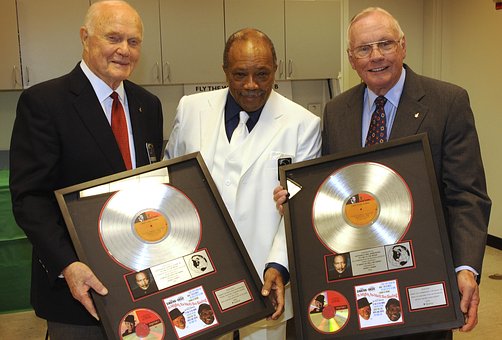 The music business landscape in Nigeria has shown a lot of promise. The produce is Music. It is being commercially exploited globally at the moment. The music industry is often touted as one sub-sect of the creative industries with the potential to be a major foreign exchange earner for Nigeria. It also accommodates many skilled practitioners who collaborate to the deliver the produce.

Interestingly, in a world where music is exploited globally, there are no limits to how much earnings can be generated from the commercial exploitation of music.

Wealth is tied to how best a creative industry can effectively protect or exploit its produce and connected intellectual property assets.

This piece prescribes how Nigerian record producers can exploit their economic interests in musical works (composition and recording).

In Nigeria, record producers play the most significant role in music production. Many double as writers, vocal couch, sound engineer, and A N’ R. For their contribution, it is reasonable that they make the most benefits for the time and resources they invest.

In Nigeria, we advocate that beyond the usual undocumented one-time payment that they receive from artists or record labels for the use of their works, record producers can enlist a new approach to maximizing benefits for work done.

We suggest that record producers with acclaim and capacity recruit or partner with extremely talented, hardworking, and skilled artists with a growing audience. The producer can then schedule an incubation program where these artists are groomed, and provided with the resources needed to produce a song or couple of songs under a demo contract.

The contract will also include the number of songs to be done, ownership of copyright in the composition and recording, the profit sharing formula alongside, promotion and distribution, pitching of the song and artist to major record labels, and other relevant terms.

The record producer might also be motivated to create musical works that might fetch him huge earnings, or help bolster his acclaim or replenish his catalog of copyright.

The benefits of utilizing a demo contract includes;

Also, the record producer and artist(s) can collaborate under a Single Song Contract or an Extended Play Production Contract.

A song contract is a document that captures the collaboration between the record producer and an artist on a single song project.

It is becoming a fad that blossoming performing artists release EPs for promotional purposes. An EP is a compilation of songs, usually four to six songs in length. Producers can oversee the creative process and co-own records made, and also benefit from promotional campaigns.

Taking advantage of the strategies above will increase the chances of wealth creating and building a fulfilling career.

This post seeks to empower Nigerian record producers who are currently getting the short end of the stick with the global exploitation of Afrobeats/Afropop.