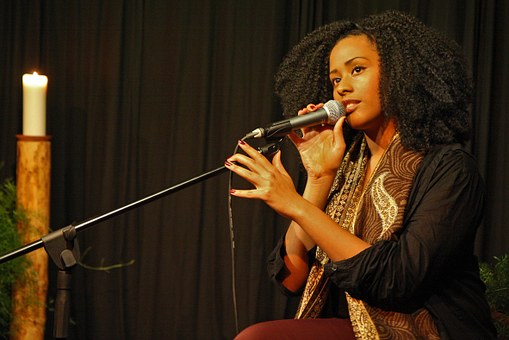 The recording artiste and record company relationship usually starts with so much fan fare, enthusiasm, and determination. Expectations are rife.

The goal is to monetize talent in a manner mutually beneficial.

After the euphoria of getting signed subsides, a new reality sets in. The train rearing to go suddenly becomes motionless. No progress in sight. Definitely a new sad regime.

Getting stuck is dreadful for a recording and performing artiste. Getting stuck in a bad record deal is also highly subjective. Many would ask, WHAT IS A BAD DEAL?

But what does getting stuck look like?
It is when there is no direction on how best to create and exploit new music. Not getting enough attention from the executives or management at the label. No budget for production and promotion. No big plan to move from point A to point B.

Fact is; not all that glitters is gold. In show business, this holds true. The record business is often heavily reliant on more hype than substance, and many people’s expectations are cut short in the long term due to the deception they accept as reality.

While a number of performing artistes have had the good fortune of inking deals that made them successful recording artistes and millionaires, a larger majority have been handed the short end of the stick as a result of contractual relationships that have not been beneficial to their interest. Expectations crushed unexpectedly.

If an artist is stuck in a bad record deal, here are possible options to explore;

The first step to take is to get an experienced entertainment lawyer to advise on how best to resolve the deadlock. It could be the case that a record contract was signed without the benefit of expert legal advise. After narrating all the relevant facts, the lawyer will examine the contract with a bid to finding terms that can be exploited for the benefit of the artist.

With or without the promptings of the lawyer, an artiste can also ask to meet with the executives of the record company. The agenda for meeting will be to discuss his disaffection with the status quo.

This meeting with company should be devoid of any type of emotional fits. Rather it should be hinged on the single-mindedness of arriving at a resolution that works for the artist.

Customarily, the essence of a contract between a record label and an artist is to secure the release of albums. When the variables that guarantee the performance of the contract are absent, it will inevitably lead to a situation in which there is no movement or activity at all.

Some artistes wait patiently till the contract expires.

Some are not that patient. When they feel stuck, they resort to self help by frustrating the process of writing and recording commercially viable recordings. With leverage, an artist can force the renegotiation of terms and the record company might be obliged to agree to new terms favorable to the artiste.

Some artists will also exploit the option of a termination of a record contract if they have facts to support a claim that the record company has failed to fulfill the promises they made to him under contract. This could include seeking the intervention of the courts and suing for a breach of contract and loss of earnings.

In conclusion, a recording artist stuck in a motionless state should seek help as soon as he comes to the realization of the inadequacy of his relationship with the record company.

If you have got any comments or questions, please use the comment section.