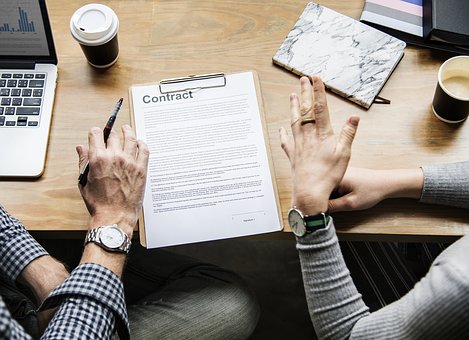 It is often the case that once a contract is signed by two or more parties, it becomes binding. However, this state of affairs is not absolute. There are certain factors that once proven, defeat the very essence of contracts and have the capacity to frustrate the enforceability of contracts.

In addition, when a party makes an offer and another party accepts that offer, something of value must be exchanged. If nothing of value is exchanged between individuals, then it is safe to assume that a gift was given by one party to the other.

It is the law that a minor cannot enter into a contract because he lacks legal capacity to contract all by himself. In Nigeria, a minor is defined as someone who is less than 18 years of age.

Persons with mental defects cannot enter into contracts; if such an individual does sign a contract, the court will not enforce it, but void it because one party (the one with mental illness) did not have the legal capacity to enter a contract.

Furthermore, if the underlying subject matter of a contract offends the law or public policy, the contract can be voided. For example, stealing is a crime, so a contract to steal will not be enforced by the courts.

Contracts that are executed by unduly pressuring or placing one of the parties under duress are also unenforceable because public policy mandates that all parties enter into contract at their own volition.

In conclusion, where any of the parties can prove any of the above factors, such party can successfully question the enforceability of the contract.

While a contract may appear valid on its face, there are times that it will not be enforceable under the law.

If you have concerns that your contract may not be enforceable under the law, do contact a lawyer.